Computers rely on software, a collection of instructions, data, or programs designed to carry out a particular purpose. Almost anything that can be installed on a computer or mobile device and run in the background is considered software.

There are several categories of computer programs, including system software, utilities, and applications.

Software refers to any data or set of instructions that can be read by a computer and used to do any task. Most computers nowadays would be utterly worthless if not for software. Apps, or applications, are software designed to assist end users in accomplishing specific goals. Application software, unlike systems software, is intended to be used by the end-user repeatedly.

The apps themselves are made possible by the systems software, which consists of an operating system and many utilities. Examples include media players, security suites, and office productivity suites.

Web and mobile applications, such as those used for online shopping on Amazon, social networking on Twitter, and video sharing on YouTube, are also included in the definition of “applications.”

Software development is the creation and upkeep of applications, interfaces, or other software components. They include the following steps: planning, requirements gathering, design, coding, documentation, testing, and problem fixing.

Writing and modifying the program code is a part of software development. Still, the term also encompasses the entire process, beginning with the idea for the software and ending with the final product, usually following a well-defined and organized procedure.

The term “software development” encompasses not only the creation of software but also its study, prototyping, customization, repurposing, re-engineering, maintenance, and so on.

Programmers, software engineers, and developers work together for software development. The relationships between these jobs change significantly between different communities and development agencies.

Coders, also known as programmers, create instructions that tell computers how to perform activities, including synchronizing data, accepting payments, directing messages, searching, and presenting content. It is common practice for programmers to act on the directions of software developers and engineers by implementing them in languages like C++ and Java.

Engineers in the field of software development apply their skills to developing problem-solving applications and systems. Rather than tailoring their solutions to a single client or scenario, they employ modeling languages and other tools to create generic fixes that may be implemented in various contexts. and team factors make each of the accessible techniques well-suited to a different set of tasks.

The term “software development methodology” describes a collection of procedures for overseeing an information system’s entire development lifecycle, from the first conceptualization to the final definition of its deliverables and outputs.

A Case for Software Productivity

There is no shortage of places to get inspiration for software creation. These concepts may originate from surveys of current customers, interviews with former customers, analysis of data from software testing, brainstorming sessions with other software development team members, or the work of an imaginative outsider.

The marketing department of a corporation would typically be the first to look into a proposed software product’s feasibility in terms of money, distribution methods, implications on current products, necessary features, and alignment with the company’s marketing goals.

The marketing plan’s budget and timeline are carefully examined. Based on the additional information gathered by the marketing and development teams, a decision is made early in the first phase regarding whether to proceed with the project.

While in school, an engineering student focuses on learning to engineer rather than business or marketing. Students in the field of marketing study marketing and receive limited exposure to other disciplines, such as finance and engineering.

As time passes, most of them focus solely on one area and master it thoroughly. To make matters more complicated, they rarely encounter interdisciplinary professionals in the workplace, leaving them without role models. Product planning for software is essential to its success, yet it calls for expertise in many areas.

A software company is one whose mainstays are software and related services, including software development, distribution, and technology. The software business relies on them.

A software development company primarily comprises software engineers who create an organization’s software system from the ground up, beginning with requirements gathering and ending with testing. Systems development can involve anything from making in-house programs to help firms run more smoothly to making products to sell to the public.

Management experts in the software industry have honed their craft to the point where they can take an organizational challenge and spin it into a competitive advantage. If the teams, systems, and procedures are solid, a corporation with members in several time zones may be able to operate 24 hours a day, sevendays a week.

Businesses in the software industry have a wide range of internal processes and procedures in place and functioning across all teams.

The top software design and development firms are listed below.

Hiring a software development business is a more cost-effective solution than building your in-house team because you obtain access to a dedicated and knowledgeable crew.

You won’t need to spend money on servers and other hardware when outsourcing software development. Without spending more money, you can still receive excellent results.

Hiring skilled and dedicated software engineers may make or break a new company. It incorporates social networking, technical know-how, process management, and gut instinct. The hiring process is massive and challenging, as any manager can attest to.

A software developer creates the code that runs everything from smartphones and desktop computers to satellite navigation systems and automobiles. They find gaps in the industry and fill them by developing new apps and continuously refining them based on user input.

Like with bridges or elevators, the solutions developed by software engineers must be scientifically sound and functional in practice. As more and more microprocessors, sensors, and software are integrated into goods, their role becomes more critical.

Molly Cobb is a Content Marketing Manager at Hyperlink InfoSystem awarded As Top Web And Mobile App Development Company in Canada. The company has an expert team of developers. You can Hire dedicated developers for your project requirements. 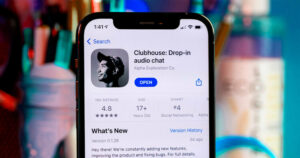