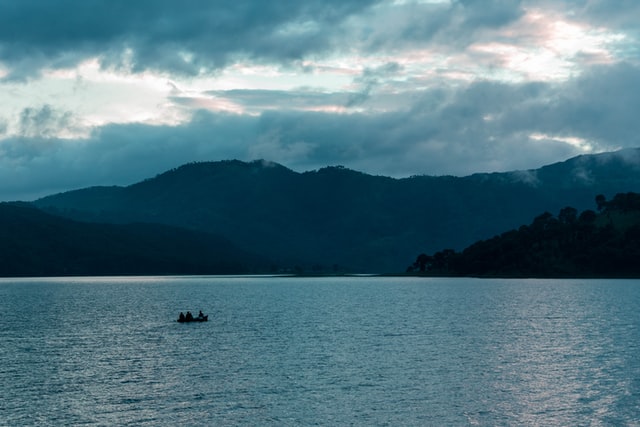 India is a hilly belt in the northeastern part of the country. This hill belt is about 300 km long and about 100 km wide from east to west. The total area of ​​this hill belt is 22429 square kilometers. This hilly belt is adorned with beautiful natural wealth, mesmerizing waterfalls, flowing rivers, minerals, villages, and cities. By combining the entire area of ​​this hill belt, a beautiful state of North East India (Meghalaya) is formed. In this article, we will visit this beautiful state of India, Meghalaya. And you will know about this vital information of this state- History, Tourist places, Food, Clothing, Culture, Tribes, Festivals, and 10 main dishes of Meghalaya.

The more beautiful this state is, the more attractive is the name of this state. Meghalaya is made up of two words of the Sanskrit language. Megh + Aalaya = Meghalaya. If the meaning of both these words of Sanskrit language is taken out, then “Megh” means “Cloud” and “Aalaya” means “abode,” i.e., “home.” So in this way, Meghalaya means “abode of clouds” or called “house of clouds.” 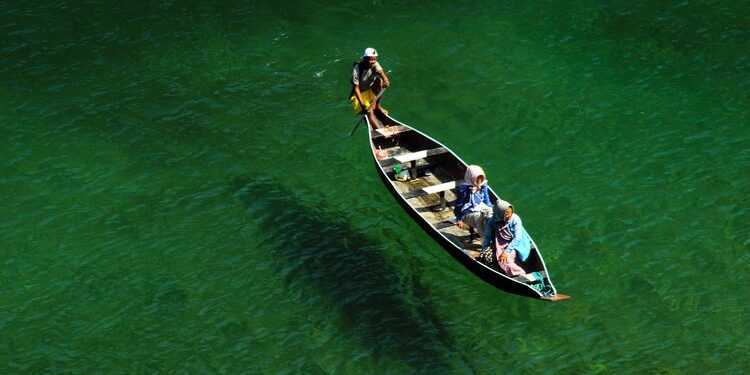 The history of Meghalaya is associated with the three major tribes residing here, Khasi, Jaintia, and Garo. These tribes have been living here for ages. According to legend, the Khasi were among the earliest immigrants to the state. Khasi, Jayanti, Garo tribes had their own area.

Around 1765, this region of Assam was occupied by the British. After Independence, in 1954, the residents of this area raised the demand for a separate state, which the States Reorganization Commission rejected.

In 1960, “All Party Hill Leaders” was formed to get this demand accepted peacefully. Due to these movements, in September 1968, the Government of India gave Meghalaya the status of an autonomous state while living within Assam. Later on 21 January 1972, Meghalaya was formed as a separate state. 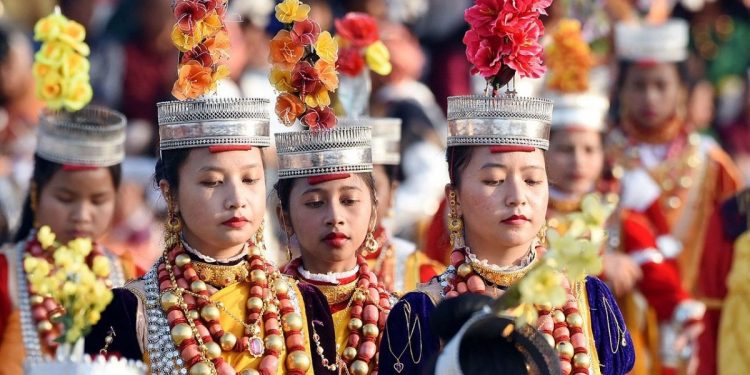 The Khasi are an ancient tribe living in Meghalaya. A small population of the Khasi tribe also lives in Bangladesh, and the meaning of Khasi is “seven huts.” The people of this tribe speak the Khasi language. According to the 2001 census, more than 11 lakh Khasi tribes lived in Meghalaya. 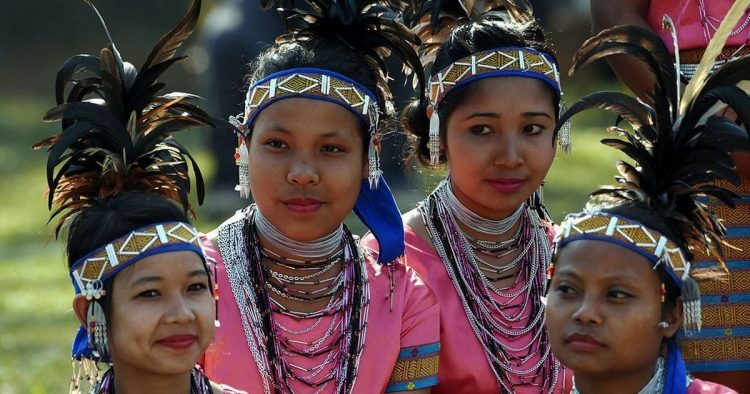 According to the 2001 Indian census, their population in Meghalaya was about two lakhs. Their language is Garo, which corresponds to Tibetan and Burman languages. Wangala, Galmekda, Agalamka, and Christmas are among their main festivals. 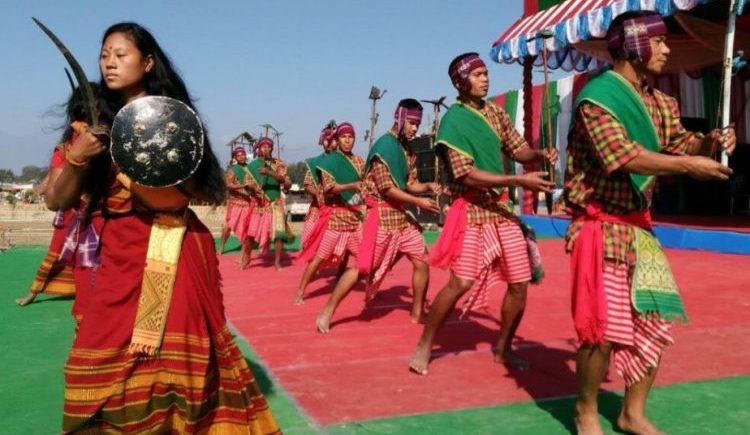 Hajong is a tribal ethnic group and is the fourth majority tribe in Meghalaya. This ethnic group is spread in Northeast India as well as in Bangladesh. Including both the countries, the estimated population of this caste group is around 1.5 lakh. Their language is Hajong, which is an East Indo-Aryan language. Pathing and Phulaagon are the traditional clothing of the women of the Hajong ethnic group. Durga Puja, Nontang, Chormaga are their main festivals.

Panar is a tribe of Meghalaya, also known as Jaintia. The word Jaintia is derived from an earlier kingdom, the Jaintia Empire, whose rulers belonged to the Sinteng community. In 1835, the Jaintia kingdom was annexed by the British. After Independence, in 1972, the Jaintia Kingdom was established as the Jaintia Hills District. The original tribal religion of Jaintia is known as Nimedre. 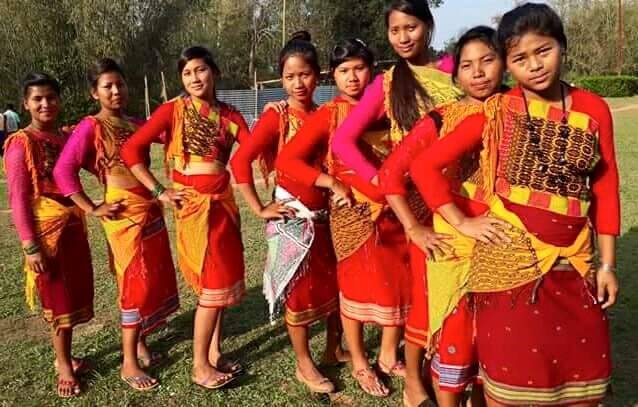 The Tiwa tribe is a tribe living in Assam and Meghalaya. The Tewa are recognized as a Scheduled Tribe within the state of Assam and are divided into two groups Pahadi Tiwa and Plain Tiwa. Pahari Tiwa people live in the northern corner of the Ri Bhoi district of Meghalaya. The second group lives in the plains. According to the 2001 census, they have a population of about two and a half lakhs.

These tribes of Meghalaya have their own distinct taste, and their cuisine is also different. One thing common in all of them is that these people are mostly fond of non-vegetarian dishes. The meat of pig, cow, chicken, fish is used prominently in the cuisine here. Apart from this, these people also make great use of seasonal green vegetables, green bamboo, and local herbs. Apart from this, people here give more importance to rice instead of bread. Let us know about the 10 main dishes of Meghalaya.

Jado is a trendy dish in the Khasi community of Meghalaya made from rice and meat, whose color is yellow and red.

Doh Khalih is a delicious and nutritious dish, tastes like a fragrant salad. If desired, finely chopped pieces of meat of pig, cow, chicken, fish are made with onion, green chilies.

This dish is delicious, and it is prepared using pork or cow meat with thick gravy.

This dish is the most favorite dish of the people of the Garo community. It is prepared from dried fish in which tomato is roasted (like brinjal bharta) after peeling it, and its Bharta is made with dry fish, garlic.

This is a dry fish soup that the people here serve before eating.

What did you say?

This dish is made by frying pork and cow meat with tomatoes. In this, meat is fried in a mixture of tomatoes, green chilies, onions, etc. It is served with rice, roti, both.

This is a vegetarian dish, which is prepared from soybean. It is a typical food of the Khasi community, which is easily found everywhere in Khasi Hills.

This is a party drink, prepared with rice. In which some flavors are also mixed. 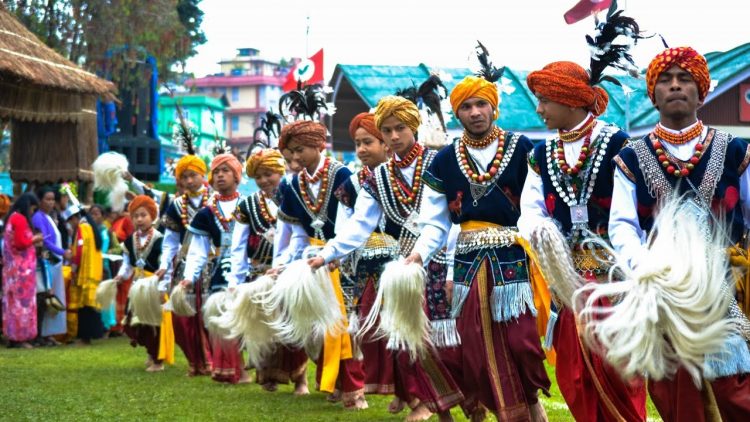 Shad Suk Mansem is an important festival of the Khasi tribe of Meghalaya. It falls every year in April, whose grand ceremony is held in Shillong. In which people of the Khasi community gather from far and wide to participate. This festival is mainly a dance festival. The one who is quite entertaining gets excited. 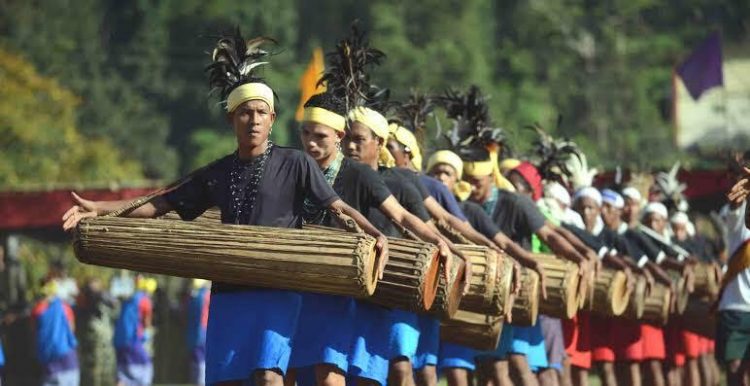 Vangala festival is a dance festival known as the Dance of Hundred Drums, and it is an essential festival of the Garo community. 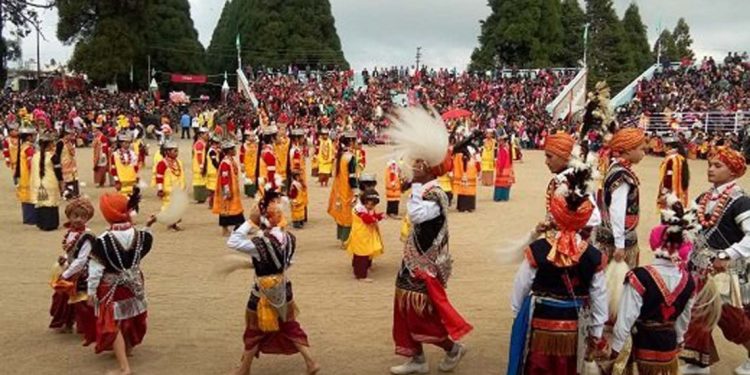 This festival comes every year in October or November and celebrates it for five days. It is celebrated as a way of giving thanks to God for a good harvest. 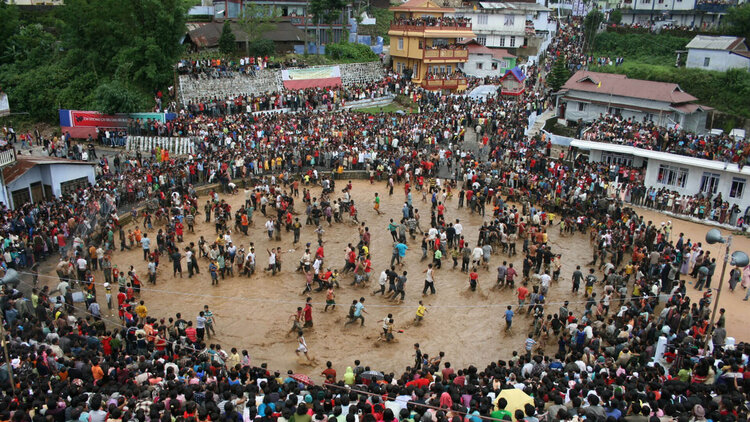 It is an important festival for the people of the Jaintia community. This festival is celebrated in July after the sowing period. In which evil spirits pray to God to protect the community from diseases etc. 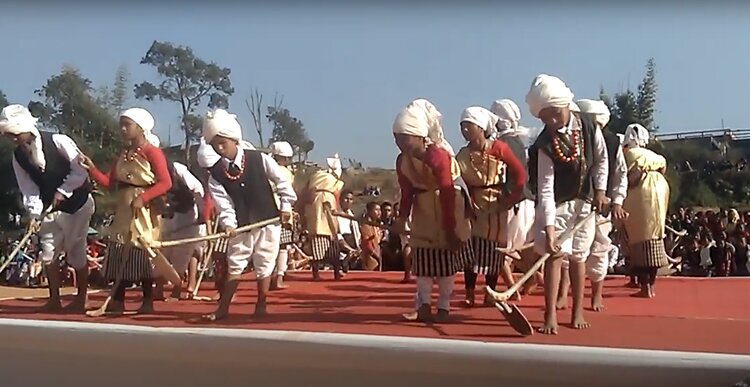 It is a festival of the Jaintia community. In this festival, men and women take part in their traditional dress. This festival is celebrated by the people here in the form of dance for entertainment.

Trend Around Us is a team of travel enthusiasts working nonstop to bring you quality content and exciting travel stories.