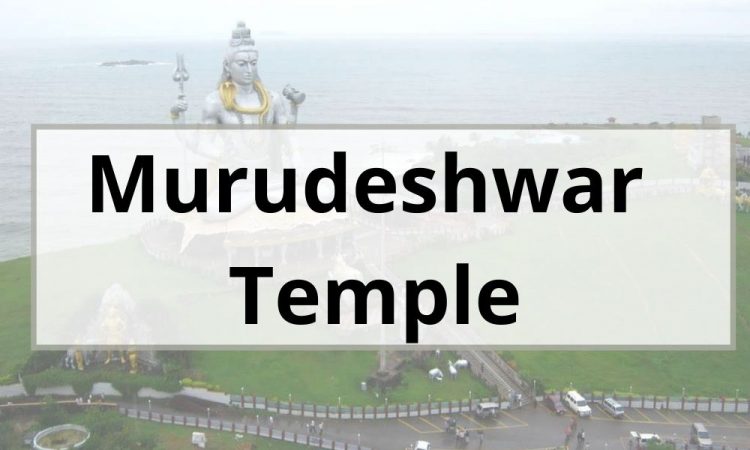 Written by TrendsAroundUs, In Travel, Published On
September 11, 2021
, 144 Views
+
Table of Contents

Temples of Lord Shiva are built all over the world. There are many such temples of Lord Shiva, which are related to mythological times. The history of Murudeshwar Mahadev Temple in Karnataka also dates back to the Ramayana period.

The establishment of this Shivling is believed to be when Ravana was going to Lanka by pleasing Lord Shiva, and the gods forced him to stop on the way, where the self-linga was kept; it is considered as Baijnath Jyotirlinga.

At the time, this Shivling was established in South India. There is Uttara Kannada district in the southern part of India in Karnataka; the Murudeshwar temple is located in the Bhatkal tehsil of this district. Being a beach, the natural environment here attracts everyone’s mind.

The connection of this temple is with the Atmalinga placed by Ravana on the earth. During the Ramayana period, when Ravana was doing penance to get the boon of immortality from Shiva, Shiva was pleased and gave Ravana a Shivling, which is called Aatmalinga.

All the gods did not want Ravana to become immortal, so Lord Vishnu deceived and got Shivling kept on the way. When Ravana understood the deceit of Vishnu, he got angry and tried to destroy this Atmalinga. Then a cloth-covered over this linga flew into the Murudeshwar area. Due to this divine garment, this pilgrimage area has come to be considered.

The Murudeshwar temple in karnataka houses a massive idol of Lord Shiva, whose height is about 123 feet. This idol is considered to be the second tallest statue of Lord Shiva in the world. This idol has been made in such a way that the rays of the sun keep falling on it throughout the day, and it keeps shining.

This temple is built on a hill and has the Arabian Sea on three sides. Due to the mountains, greenery, and rivers, this area looks attractive. The Atmalinga of Lord Shiva is also established in the temple. Statues of two elephants are established at the main entrance of the temple.

The centuries-old Murudeshwar temple in karnataka dates back to the time of Lord Rama. Its antiquity is estimated from the fact that the year of its construction is unknown. Its height is 249 feet. That is, for centuries, this temple was the tallest building in the world.

The height of this idol of Lord Shiva, built outside the Murudeshwar temple, is 123 feet. It can be seen from far away in the Arabian Sea. It took two years to build and was built by Kashinath and other sculptors of Shivamogga. Mr. R. N. Shetty also constructed it, and it cost about Rs. 5 crores.

The beauty and divinity of this idol increase manifold during sunrise and sunset.

You Know that Lord Shiva’s other name is Murudeshwar

In Karnataka district Uttara Kannada, Murudeshwar is a town located in Bhatkal tehsil. This town is situated on the coast of the Arabian Sea and is a beautiful and peaceful place on the banks of the Arabian Sea, 165 km from Mangalore.

Murudeshwar beach is one of the most beautiful beaches in India. It is noteworthy that Murudeshwar is also the name of Lord Shiva. Here the self-linga of Lord Shiva is established, the story of which is from the Ramayana period.

To attain immortality, Ravana was taking his soul linga with him to Lanka after pleasing Shiva. Then on the way, the Atmalinga was established at this place due to being placed on the earth. In anger, Ravana tried to destroy it. In the process, the cloth which covered the Atma Linga fell into the Mrideshwar, which is now called Murudeshwar.

But note one thing, Put a lot of emphasis on your mind. But you will not remember that you have seen or heard or read any mention of this temple in any textbook.

But the mention of the Qutub Minar, which is 238 feet in height, kept our textbooks stuck. Whenever it came to tall buildings in history, only Qutub Minar was glorified and read, but there was no mention of the Murudeshwar temple in Karnataka.

Because since childhood, we have been taught and served only concocted leftist history fabricated by sly and crooked leftists. Today, with the grace of social media, such glorious golden pages and chapters of our ancient culture have started reaching people.